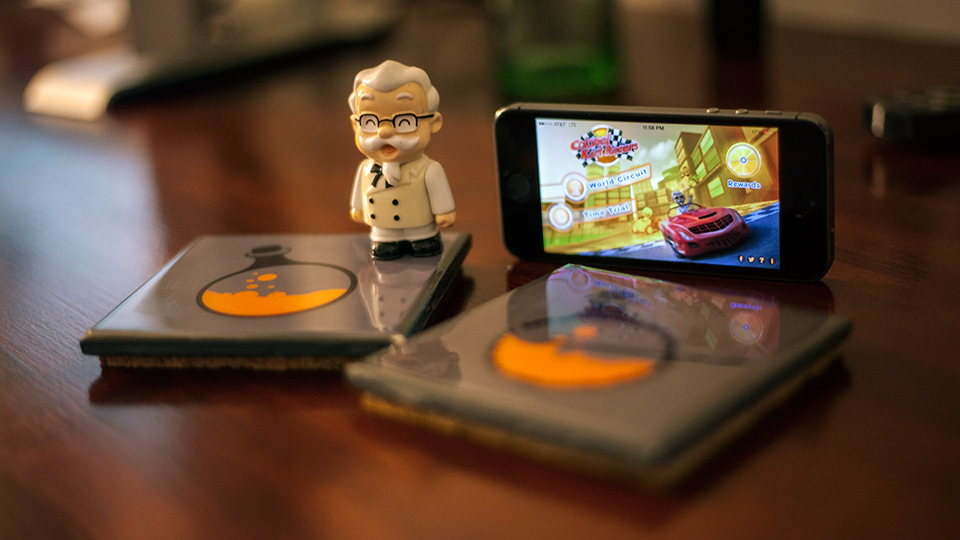 In September we launched our newest game, Colonel Kart Racers! The team did an amazing job on this project creating another great game and a beautiful live action ad.

The Coca-Cola team challenged us to create a gaming experience around the Fanta brand that would not only engage players but also drive visitation to their corporate partner, KFC. We were also tasked with leveraging the brand identity of the energetic Fanta characters while successfully including Colonel Sanders.

We developed a kart racing game featuring 6 tracks and a unique, playable Colonel Sanders character. The game includes an in-app currency system that that allows players to unlock power-ups and new racers. In addition, coins can be used to unlock an exclusive KFC coupon redeemable in stores.

The title is currently live the Philippines with a Pizza Hut version of the game releasing later this year in Vietnam. Several other countries in Europe will be featuring both version of the app early next year. Colonel Kart Racers was developed for iOS, Android, PC and Mac. The game currently has a 4.5 star rating on the Google play store. Take a look at some of the screen shots from the project and check out the live action ad we created to promote the project. We’ll post another upload later this year when the Pizza Hut version goes live, it features some unique elements as well.