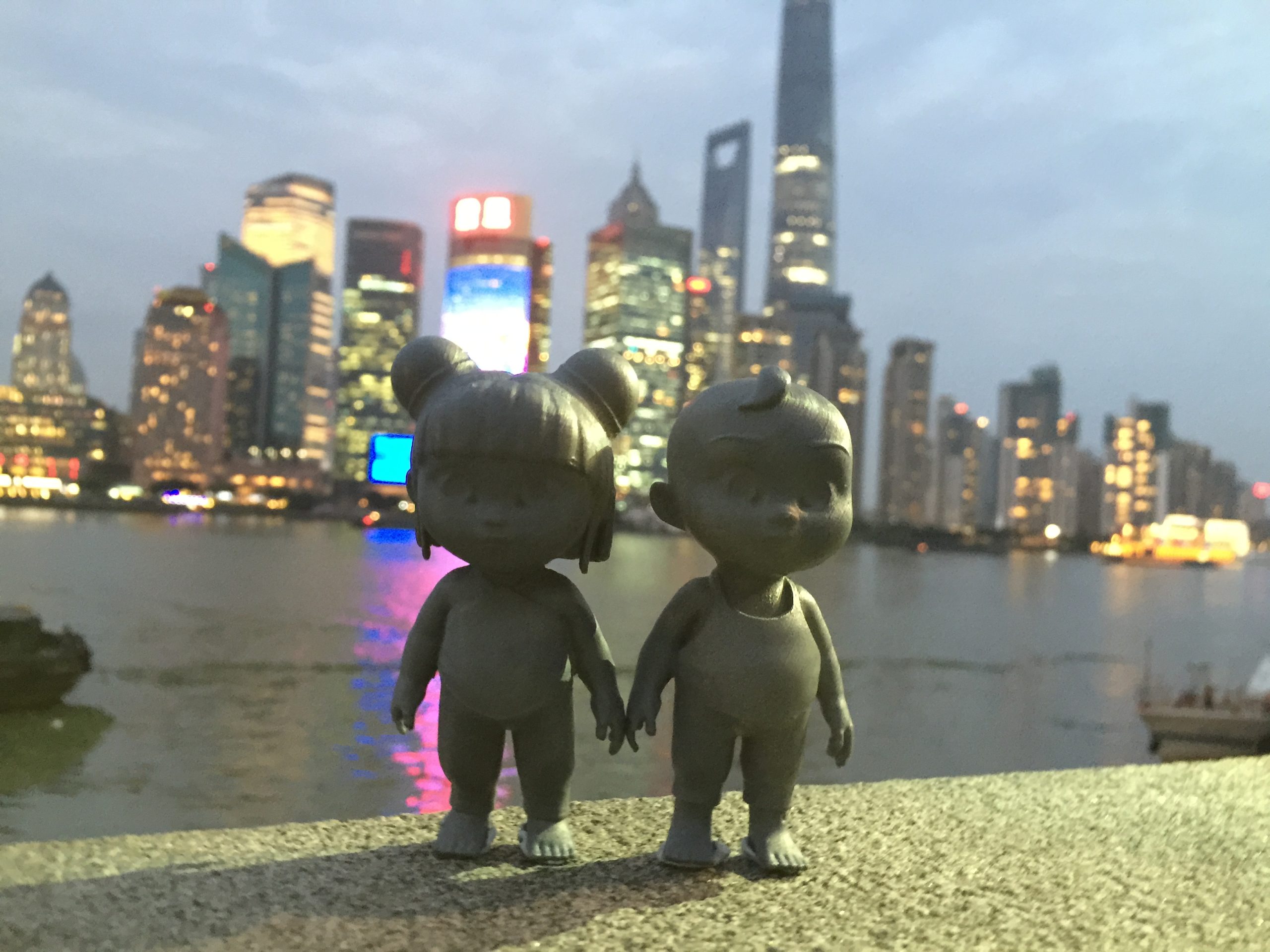 Mike (CCO) and Hunter (Animation Director) traveled to Shanghai for the filming of Coca-Cola’s Chinese New Year campaign. Each year, the New Year celebration is a massive marketing push for Coca-Cola, similar to the Holiday season here in the US. Working with the talented Hong Kong director, Jonny Au, the team supervised VFX during production and provided their animation expertise.

The spot features a pair of adorable CG characters based on traditional Chinese characters celebrated during the New Year season.  We printed 3D, scale models of the characters and brought them to set for blocking reference. The small models were invaluable during production and an instant hit with the crew! Check out our behinds-the-scenes video to see Ah Fu and Ah Jiao in action.