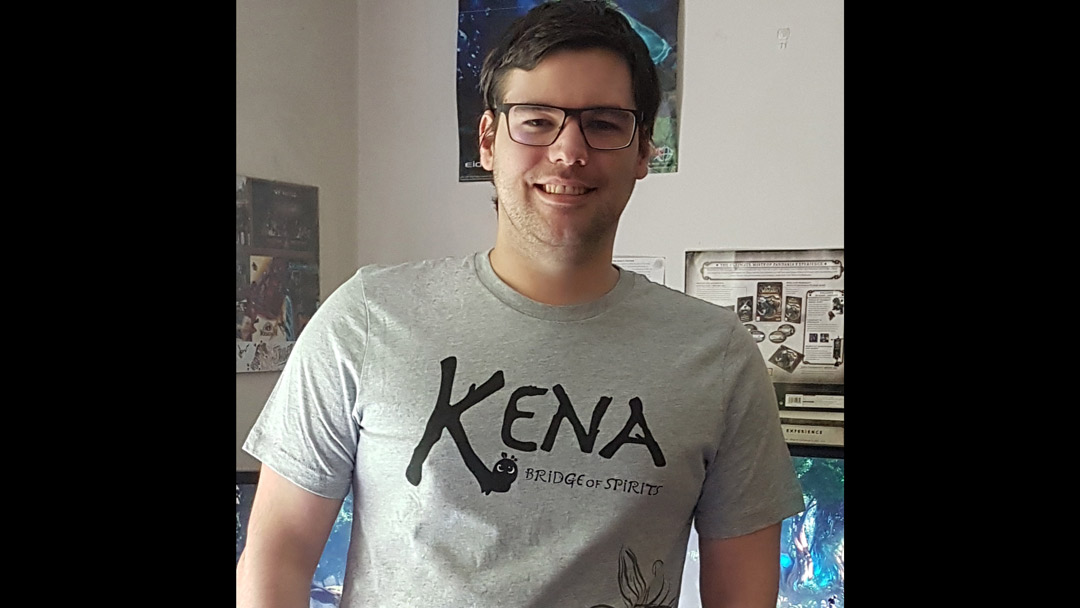 Get to know Julian Vermeulen, our Lead Environment/Level Artist

If you adore the lush world of Kena: Bridge of Spirits, you will be thrilled to meet our Lead Environment/Level Artist, Julian Vermeulen. His attention to detail, love of epic landscapes, and sheer tenacity brought the world of Kena to life. Julian joined the Kena team very early in the project and as the project grew, so did he.

Born in South Africa, Julian now resides in the United Kingdom. He studied at SAE Institute in 2012 where he gained the technical expertise in Maya and Interactive Animation that would allow his artistic and creative talents to shine. After graduating, he taught himself Unreal Engine and started developing his skills in stylized art and environment building. He then went into Freelance for 2 years supplementing his income by working as a dishwasher at the Marriott Hotel. After a long stint with no projects on the horizon, Julian was about to throw in the towel when the phone call came from Mike Grier, Ember Lab’s chief creative officer. For Julian, the call was a lifeline – professionally, creatively, and personally.

“It was the opportunity I had always hoped for. I couldn’t believe it seemed to materialize from thin air.”

As Mike and Julian developed the look and feel of Kena’s world for the prototype in 2016, it became apparent that they shared a common artistic vision. Now, Julian and his team of Environment Artists work across time zones as they put the final touches on each gorgeous vista you will see in Kena’s world.

Julian is an avid baker and when he visits the studio, he loves to share his enthusiasm for dough making by cooking up pizzas, baguettes, or ciabatta rolls for the team. Interestingly, Julian credits the Ember team with helping him overcome aviophobia but we all know it was Julian’s desire and commitment to Kena that gave him the strength to take on the necessary air travel. If you want to see more of Julian’s work, here’s his Artstation portfolio: https://www.artstation.com/kingjulianv