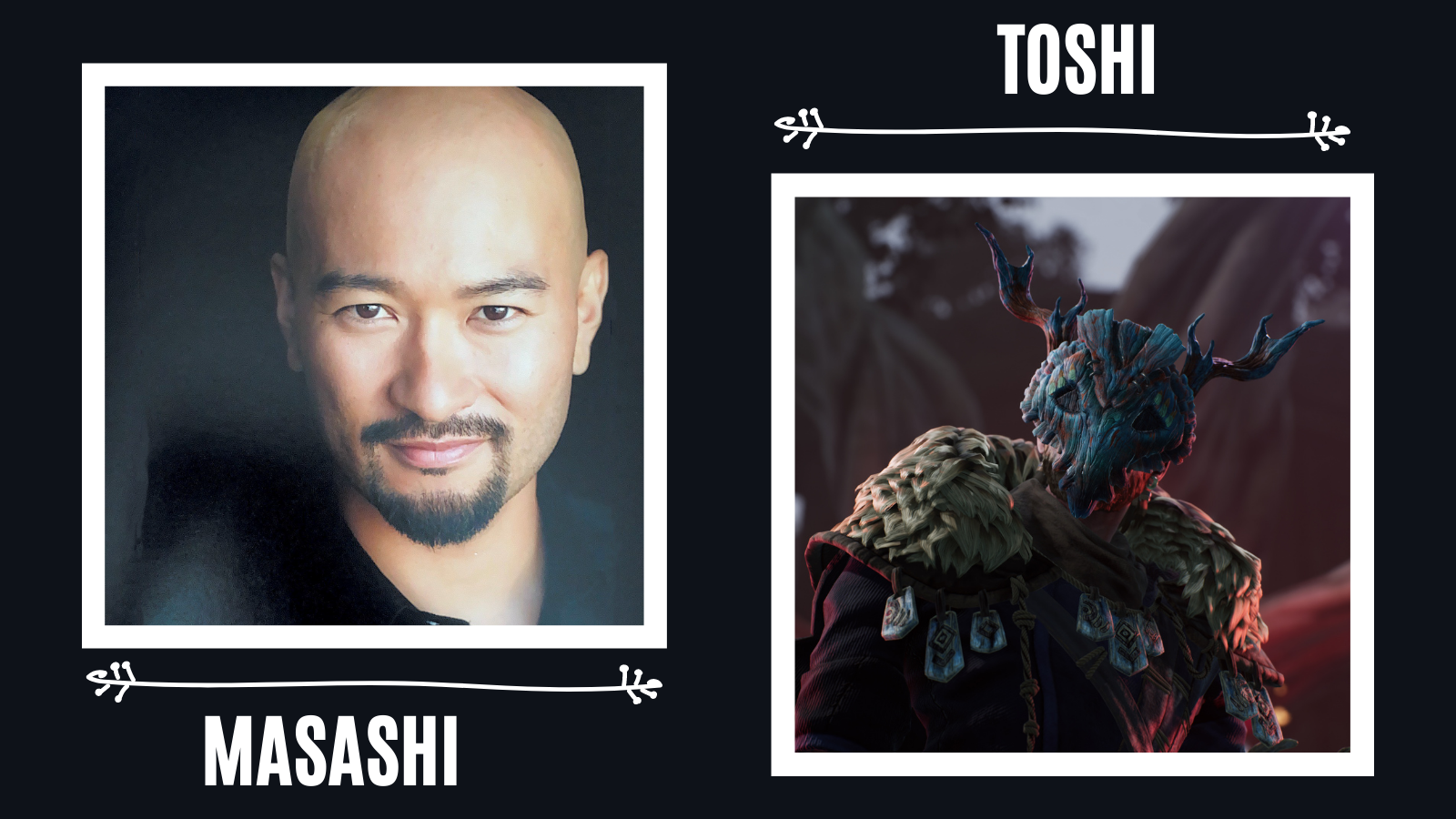 Meet Masashi Odate, the Voice of Toshi in Kena: Bridge of Spirits!

Masashi Odate lends his incredible voice to Toshi, one of the trapped spirits you will encounter on your journey with Kena. Masashi’s physical theatre and martial arts background bring a complex mix of power and balance to his role as Toshi. His vocal performance, often likened to academy award winning actor Ken Wantanabe, adds a level of depth to Kena: Bridge of Spirits that you won’t want to miss!

You may recognize Masashi’s amazing voice as the Happy Mask Salesman in Ember Lab’s viral Legend of Zelda fan film, “Majora’s Mask – A Terrible Fate” (2016), or as the lead in their award-winning film, Dust (2014). Masashi’s major credits include: The Last Samurai, Letters from Iwo Jima, The Wolverine, and many more!

Masashi began voice acting when a friend introduced him to a Japanese voice over director looking to dub American movies for release to Japanese audiences. He auditioned for a project over the phone and the director was blown away! Since then, Masashi has performed Japanese voice substitution for over 40 English films.

A stage actor from Japan, Masashi has since relocated to Los Angeles and now works primarily in film/TV and voice over. Masashi also teaches the art of Katori Shintō-ryū, one of the oldest forms of Japanese martials arts still practiced today. Through his martial arts, Masashi brings a unique blend of tradition, physical rigor, and philosophy to the characters he plays. Masashi’s gravitas and dedication resonate in every performance. We are sure you will enjoy him as Toshi.

Recording Toshi during the COVID-19 pandemic presented some unique challenges and learnings. Ember Lab sent Masashi, who was in Japan at the time, the recording equipment so he could set up a recording studio in his home. This convenience took a surprising turn! Masashi recalls

“The best time for recording is night – it’s quiet, I have a little kid. I had just moved into a new place, and one night I had to record a fighting scene. So I’m working on the recording, making a lot of loud physical sounds. And then I hear a knock knock. It’s a security guard….”

Let’s just say a voice actor recording a video game fight scene wasn’t at all what the security guard expected! Sometimes it pays to let people know you’re an actor when you move into a new place!

Over the years, Masashi and the Ember Lab team have become more than colleagues. They are close friends who share the same excitement about creating compelling characters.

“I love working with Ember Lab: it’s all about creation. Creation of the character, the voice. I try to work from the inside out – to make it true. To make it come from the spirit, from the blood until the miracle moment happens. The miracle of theatre. It doesn’t feel like a job. It feels like a gift.”

You can find more about Masashi here: