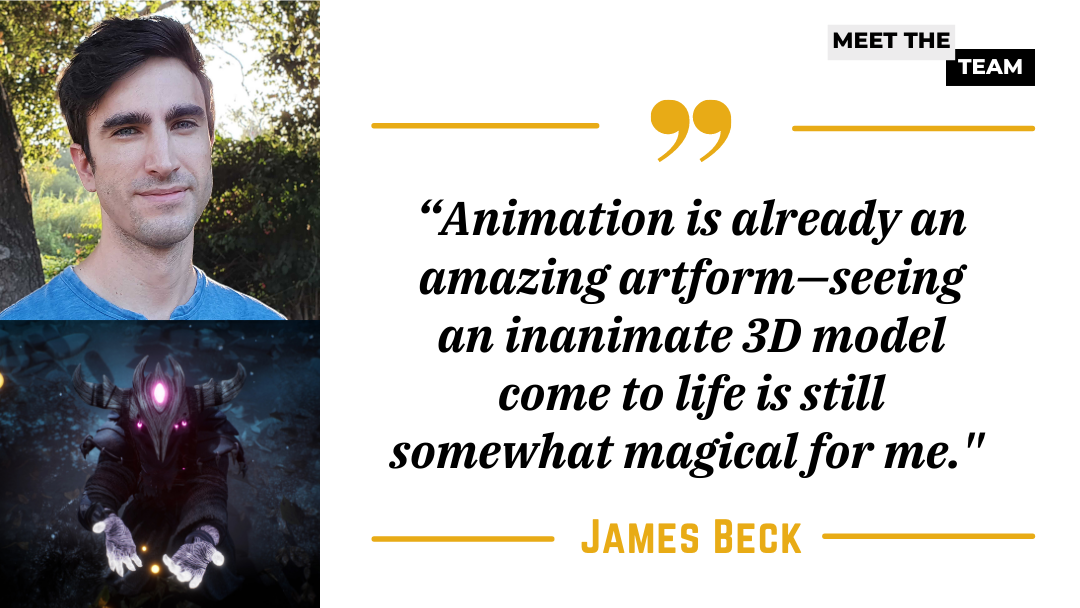 James is the brilliant mind behind those corrupted spirits in Kena and he’s been part of the Ember Lab team since 2014. James began working at Ember Lab as a 3D generalist on the Hisense CES convention display. It wasn’t long before he became our reliable go-to person whenever something new came up.

James graduated from Chapman University in 2012 along with some other members of the Ember Lab team. A double major in Economics and Digital Art, he viewed Econ as a fallback because, “you know, art is risky.” James never thought one day he would become a combat designer.

“I didn’t think of myself as a combat designer until someone called me a combat designer, but I like it and it does describe what I do day-to-day. It was a gradual transition. I started on Kena as an animator and lighting/shading artist, areas I was comfortable with. As we started adding more enemies and bosses to the game, the value in being able to both animate and design the enemy AI became apparent as a way to help the team.

Developing enemy behavior in unison with new animations really helped eliminate a lot of the guess and check. One of the big benefits was being able to rapidly iterate an animation if it wasn’t working the way I expected in the game.”

The Ember Lab team leaned heavily into James’ flexibility – relying on him to create enemies that were both challenging and motivating, a difficult balance.  Our animation director, Hunter Schmidt says,  “James just never hesitates to try something new. It’s really astounding how much technical knowledge he has accumulated and how much it empowers him as an artist.”  For James, the rewards are in the work. “Animation is already an amazing artform—seeing an inanimate 3D model come to life is still somewhat magical for me. Building those animations into an AI and seeing them chase and attack someone playing the game is deeply satisfying.”

James isn’t getting much sleep these days. He worries about bugs and crashes so he is looking forward to some solid post-launch sleep and relaxation.